What is more patriotic?

An August 2, 2021 Letter to the Editor (Letter) comments on an article authored by three of SEAT’s co-founders, “Should Overseas Americans Be Required to Buy Their Freedom?”

What is the best response to the Letter? Is it advisable to respond? The answers to these questions may initially appear obvious, but, upon reflection, are perhaps not so obvious.

The initial and most instinctive response for many is likely frustration and anger. That response could look something this:

After frustration and anger, another response could be sadness and bewilderment. What explains the attitude that so many “homeland” Americans hold towards overseas Americans, as exemplified in the Letter? What is the source of their seemingly rock-hard and unmoveable belief that we are predominantly wealthy persons whose principal purpose in living overseas is to avoid taxation? Why are they seemingly impervious to all demonstrations to the contrary? Why are they equally impervious to all demonstrations of the devastating effects the current policies have?

I don’t know the answers to these questions. We can all speculate, but in the end, no one has the answers. Which leads to another response to the Letter: a feeling of loss and acceptance. There are people whose preconceptions about overseas Americans will perhaps never change. There is little choice but to accept that fact and move on to focus on those who are not impervious.

After processing the feelings of frustration and anger, of sadness and bewilderment, and of loss and acceptance, we can’t give up. We must keep fighting. 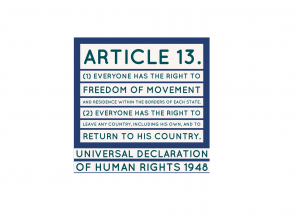 One thought on “What is more patriotic?”